Touching Thank You From a Grateful Father


This letter was recieved at RedCliff Ascent. The names were changed, but other than that there have been no changes.

"Thank you for your follow up both in e-mail and by phone. I like that you take this task as serious as you do. You promised it and you have done it thoroughly. So, thank you for that.

But, in your position, I’m pretty certain I would find it impossible to remember – or even know – each person you must have to call. This is not a complaint on my part in any way. It just seems remarkable to me that you do this.

I feel compelled to write you and to go into some detail, even though I doubt you will know what to do with it, because the timing of your communication is so uncanny and so close to the bone for us. 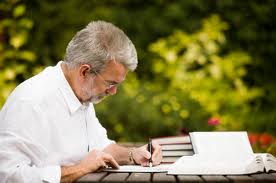 As I write this, my son, Todd, sits across from me doing homework and is unaware I am writing this to you. In a few hours we will leave for a funeral. It is particularly raw because the boy who is being cremated is a friend of Todd's, and died two days ago from a drug overdose (found in the bathtub of his parents’ home). We are still reeling in ways we cannot explain.

A week ago – not more than a few days before this awful tragedy – we found out that another of Todd’s close friends, with whom he ran wild and who had a strong influence on Todd, is in jail awaiting trial for grand theft. They have waited until he turned 18 to bring charges so he would be tried in adult court. Also, as a direct result of seeing Todd’s successful return from RedCliff Ascent, and experiencing him as a dramatically more mature person, an aunt of his was confronted and confessed hiding an out-of-control, daily alcoholic addiction that was placing many in her family in danger. She went through detox and is now in a program.

As you can probably imagine, Todd is still feeling the deep rumbling from the profound reverberations that are happening around him. He looks to me like a little boy who has had a near miss experience with a freight train, his hair still moving from the blast of wind hurtling past him. For him it is a brave new world. Things are not as they seemed. But they are as they were – simply revealed more clearly now. I don’t know why I am surprised by this, but he seems to take solace in items he brought home from RedCliff Ascent – a set of found antlers, his fire starter tools, pack etc. We have even gone to the Sierra Mountains here in California for a fly fishing trip for his 17th birthday, which he relished. His taste in music has even changed to now include bluegrass and country (another influence from RedCliff Ascent counselors).

Todd has managed to remain clean and sober since he left RedCliff Ascent. He has worked hard to take on his relationships as a responsible adult. He has attended AA meetings with a friend from church and he goes to a private counselor once a week. As a high school senior, Todd is finishing his classes for graduation in a continuation program wherein he has no contact with his previous circle of friends. He seems to be thriving and doing classes in nearly half the normal time. He is on track to graduate wit his class and go on to college next year.

I will confess to you that, when I heard about each of his friends – both beautiful, amazing kids – I said a private, silent prayer thanking God from the depth of my soul that is was not my Todd who went under. In the light of current circumstances it feels incredibly selfish, particularly since the family we are about to mourn with is in such pain (their son too, had been in and out of rehab and even a wilderness training). Between you and I, today my mourning will be profound. My mourning will be filled with hot tears and the smell of too many flowers. It will also be filled with the feel and smell of my living son, sitting next to me in the funeral home – and he will walk out at my side.

So…thanks for the call. But, please know, as I pray today; as I call out to my God, you will be in my prayers of thanksgiving and praise to Him. Look, we all know this is a one-day-at-a-time kind of thing. But I thank God for every day with my son."