Teen Party At The Beach - A Personal Experience


Every person who reads this post has had an experience with someone who is addicted! That may seem like a pretentious statement, but sober thought brings us to the realization that it is true.

My career has consisted of working with troubled teens and their families for over 25 years. I am an addictions counselor by training. Mine is an interesting scenario since it is usually important for someone in recovery to feel "connected" to their counselor through the shared experience of fighting addiction. Often those in recovery feel a "calling" in life to assist others through this physically difficult and emotionally painful process and they go on to become counselors themselves. My life has been a life void of personal substance abuse. However, I have seen the effects on my wife and her family, as well as our children, from a father/grandfather who suffered with a chronic Substance Use Disorder. He has since passed from complicating factors associated with alcohol dependence.

Yet, when I look back, my life seems to have been surrounded by those struggling with addiction. It is currently my career to work with families who struggle with these issues. However, this addiction monster has always seemed to be around. 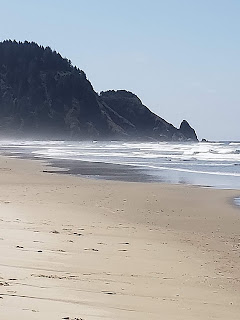 I recall a time in my high school days when I was at a party after a football game. My family lived in Eugene, Oregon and the coast was only an hour or so drive. This particular party was being held at Driftwood Shores, a resort condominium complex on the Oregon Coast about an hour west of Eugene. I proceeded to go down to the beach and build a fire. I grabbed some driftwood logs for benches and had a pretty good blaze going in about thirty minutes.

The big tight end from the football team came walking up the beach attracted by the fire. He was obviously having a hard time keeping his balance, but was very conscientious not to spill the two “fifths” he had, one in each hand. He stumbled over beside me and kindly offered me a drink. I mentioned I was doing just fine…he offered again. I said, “No thanks, I’m good just sitting here by the fire.” He then turned back to the fire. He looked at a bottle in his hand, then he looked at the fire. In one uncoordinated gesture he proceeded to pour what was left of the fifth in his left hand, on the fire! 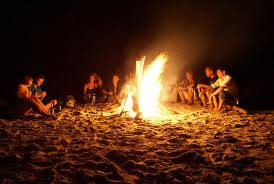 Flames shot skyward over ten feet high…the beach lit up like the Fourth of July! This 6’5” 220lb Tight End, staggered backward away from the flame and tripped over a log, bottles flying! He sat dazed for a bit, and then simply said, “Sheeeeiiiiitt”! There were a couple of us there and we all laughed. What seemed funny then, isn’t all that funny now. Since that night by the fire, I have wondered what would have happened should this friend of mine suffered major burns.

You would naturally think that would be enough excitement for one night. However, it wasn’t more than twenty minutes later and there was a group of kids, boys and girls, all sitting around the fire. Everyone was talking and nursing a beer. A few of the kids had a screwdriver that was mixed up in the condo. One of the guys sitting around the fire stood up. He began to take his shirt off and then his pants. He got down to his jockey shorts and quietly slipped away from the group. He wasn’t drawing attention to himself in anyway and no one seemed to notice. He started walking towards the surf. (This was October on the Oregon Coast. If unprotected by a wetsuit, there was a good chance he would die from hypothermia in ten to fifteen minutes.) He was up to his waist by the time I got to him.

I said, “Hey Dan*, I don’t think it’s a good time to go swimming right now!” (*Name has been changed)

He said in a slurred voice, “I just want to go for a little swim.”

“No” I said, “Lets go back to the fire and warm up”! I then grabbed his arm at the elbow and we walked through the surf back to the group.

I got him back to the fire and got his clothes back on. No one was even aware of what was happening. There isn’t a doubt in my mind that if he would have continued his “swim”, we all would have been attending his funeral in the next week or so.

Some might say this is just normal teenage behavior…that it’s a “Right of Passage”…is it? Some people party like this as teens and “grow out of it”. Others never seem to mature past the age of seventeen…even though they are in their thirties, forties and fifties!

I’m interested to know what others think. I'm interested in others experiences as well. Some might say these two kids weren’t “addicted”, and technically that may be true…but dead is dead, regardless of a definition.

What are your thoughts? I am interested to hear from a wide range of people with different backgrounds and experiences.

Julia said…
It would be difficult to say if any of these kids had an addiction or even a potential for addiction. However, teens don't have to capacity for serious thought about consequences as that part of their brain is still developing. They just are hotwired yet to stop and think about consequences.

Parents have to have serious discussions with their kids about consequences without being judgmental. It's tough, but if the parents don't make the effort, they may have to live with the consequences.
March 20, 2011 at 2:01 PM

Stephen C. Schultz said…
Thanks for the comment Julia!

Yes, teens do struggle with judgment issues because the frontal lobe of the brain is still developing.

It becomes a cycle of unintended consequences when the poor judgment leads to drinking and the introduction of alcohol impacts judgment, which leads to more risky behavior.
March 27, 2011 at 7:04 PM