I Long For a Victim-less America!


Being an American, I grew up thinking and feeling that Americans had a “can do” attitude about most everything. If there was a disaster, we came to the rescue. If there was a problem that needed solving, we could do so as a Nation. 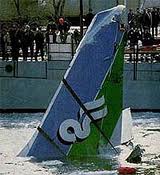 I recall in January of 1982 driving with my father and hearing on the radio about the airliner that crashed into the Potomac River outside of Washington DC. There was a group of four or five passengers in the frigid water. Helicopters flew in to lower life rings and pull out survivors. There was one man, Arland Williams, in the water who kept handing the life ring to the others. The chopper would raise the people out of the water and drop them on the shore, then immediately return for another. Arland Williams assisted every other passenger and when the chopper came back to get him, he had disappeared below the icy water. To me, that was a true American...brave, selfless, principled, compassionate, daring, committed and courageous. Tears came to my eyes as the story was told on the radio. My father simply said, "Let's say a prayer for that man and his family".

It seems we live in a time when the walking wounded are all around us. There are many with wounded and bruised egos that simply need a kind word of encouragement or to be wrapped in the blanket of belonging. But it seems there are more and more that have lost the vision of what it means to be an American.

Why do so many people see themselves as "Victims"? Troubles in life come to all people of every socio-economic background, religion and race. The purpose of life isn't to find fault or place blame, but to manage, correct, improve and overcome life’s obstacles as we are faced with them. No doubt, there are injustices in life and many events or situations we endure are not fair. But, we deceive ourselves to think that it is the responsibility of others to “make” our lives “OK”.

So often, we find ourselves in situations where “we don’t know what we don’t know.” Let me share an example characterized from the book, Leadership and Self Deception, of a small infant. This infant is just learning to crawl. She is dressed for bed in her little fleece pajamas and begins by pushing herself backward around the house. Backing herself around, she gets lodged beneath the furniture. There she thrashes about – crying and banging her little head against the sides and undersides of the furniture. She is stuck and hates it. So, she does the only thing she can think of to get herself out – she pushes even harder, which only worsens her problem. She is more stuck than ever.

How many of us find ourselves in precarious situations in life, and because of a lack of perspective, look to blame others? If I'm honest with myself, I too find myself falling into the "Blame Game".