Showing posts from March, 2018
Show all

Parenting Insight in the Era of Phones and Technology 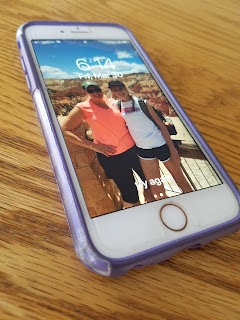 The tears were running down her cheeks and dropping to the floor like small raindrops. There wasn’t the sudden heavy sobbing that accompanies truly despondent news, but there was some silent shallow breathing and the recognizable blurry vision that comes from the eyes slowly welling up with tears.
I stepped around the counter in the kitchen and asked my 16 year old daughter what was wrong. She was obviously in some distress. Like most teens, she simply stated;
“Nothing”
So, I pursued it a little more;
“Come on hon…what’s the matter? Obviously, something is bothering you.”
She responded;
“Nothing…really. It’s stupid.”
She eventually opened up and confided in me. It was some pretty normal teenage drama that most parents have seen and experienced many times throughout their lives, but to the teens it is new. I asked a few questions that included the old journalist mantra of “Who?, What?, Where?, When? and Why?” 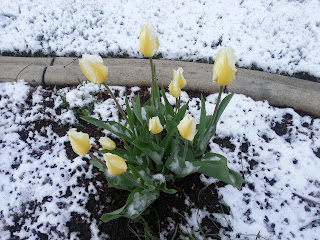 The “Nor'easter” was blowing in with reports of up to a foot of snow expected! The whining hum of the compact rental car was screaming at high RPMs just to stay ahead of the storm. The roads were wet and snowflakes hit the windshield in random patterns as the wind gust hit us broadside.

Springtime in the Northeast United States can be tricky with flowers and trees in bloom only to be hit with cold winds and a snowstorm.

Todd Spaulding, LCSW, CSAT and Clinical Director at Oxbow Academy was sitting next to me in the car. We were headed to western Massachusetts to visit with the clinical staff and students at John Dewey Academy. We had just wrapped up a visit to Chamberlain International School that morning.

The purpose of our trip to the Northeast was to visit the previously mentioned schools and provide staff training and workshops to two other schools about dealing with Problematic Sexual Behavior (PSB) from students in a residential and academic setting. La…
Post a Comment
Read more

Parenting from the child's point of view 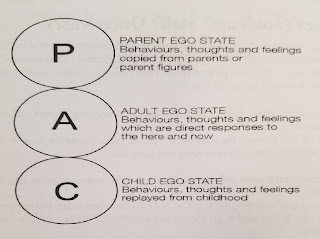 By Stephen C. Schultz
Transactional Analysis- Ego StatesUnderstanding this model will be a valuable piece of information for you as you work with colleagues, parent your children, communicate with your husband or wife and interact with others in your community. These principles will assist you in gaining insight into your own style of behavior and communication. Remember that awareness is the first key to opening the doors of maturation, refinement and growth.
In the 1960s a psychological theory became available known as Transactional Analysis. The chief proponent of this new theory was Eric Berne, M.D., an Austrian psychiatrist. Transactional Analysis developed significantly beyond Berne's early theories through the work of others and has continued in its development and practice even to today. Berne recognized that the human personality is made up of three ego states. Each ego state is an entire system of thoughts, feelings and behaviors from which we interact with one another. …
Post a Comment
Read more
More posts