I recall a childhood rhyme that went something like this;

“…sugar and spice and everything nice…that’s what little girls are made of!”

As the father of three daughters and one son, there is no doubt about the truthfulness of that saying. 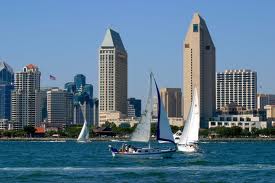 I was in San Diego a couple of weeks ago with my family. We were down at Seaport Village right on the bay having lunch. It was a beautiful day, sun shining, light breeze and we were eating on an outside deck. We were engaged in a conversation about what we wanted to do later that day when I noticed my youngest daughter, a fifth grader, was focused on something else. So, I turned to see what she was gazing at. She was following the movements of a transient man who had walked up onto the deck and was systematically searching the garbage cans for food. He was looking in each receptacle and reaching in to move the contents around. At one can, his hand came out with a partially eaten sandwich of some kind. He reached back in and grabbed a napkin and carefully wrapped the sandwich in the crinkled paper. He then slowly, but deliberately stepped from the deck onto the boardwalk and continued on his way.

My daughter followed his every move until he was out of site. She then turned to me with a sad look of confusion. The look in her eyes was easy to discern; “what did I just see?” This led to a family discussion of homelessness, mental illness and community services. While she didn’t fully understand the depth of our family conversation, she did understand one thing; she wanted to help that man. She asked, “Can I take that man the rest of my lunch?”


The homeless man had moved on, but this seemed to be a theme throughout the rest of our trip. Emma was on the lookout for homeless people she could give some food to. She is such a kind hearted little girl filled with “…sugar and spice and everything nice.”! 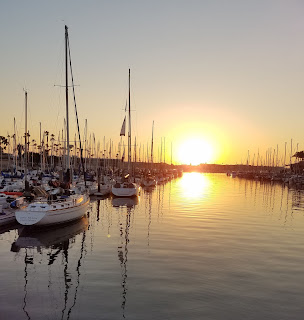 Throughout the course of my career, I have come in contact with numerous families whose “everything nice” daughters have strayed into “not so nice” behaviors. While this is painful and disappointing for all involved, there is hope.

Dore Frances PhD said…
Thank you for sharing this. The short article and video shows how empowered girls and young women can be when given the right opportunity, compassion and support. This truly was inspiring. Beautiful:)

Loi said…
Yes, thank you for this beautiful statement about the power and the possibility of change, and the how it can be fostered through the compassionate and courageous work of therapists and guides like the one we saw on this video. Let's continue to find ways to help more people have the opportunity to experience the insight and support that is available for them here.
May 13, 2011 at 4:43 PM

Gail Curran said…
Amazing and powerful... thank you for sharing

Unknown said…
This is such a great Story, Stephen. Thank you so much for sharing. It's so nice to see that young people are caring - and wanting to help others. Service is the greatest kind of work!

It seems like your daughter is going to be a world changer. You should definitely be proud. I am wondering what is the best way to approach this. Rather than giving him food - and having him dependent upon you his entire life, I would suggest that we teach him to fish.
January 8, 2014 at 6:48 AM

Stephen C. Schultz said…
Thank you Lisa for your comment and insight. I agree 100% on assisting people in "Learning to fish". There is something good for the soul when we are independent and self sufficient. There are also complicating factors many times that include mental illness and substance use. No matter the situation, I think a "Hand Up" instead of a "Hand Out" is the best solution.
January 8, 2014 at 4:20 PM

Viva Equine said…
I am thankful to this blog giving unique and helpful knowledge about this topic.
Cfd Trading Platform

January 30, 2022
By Stephen C. Schultz This is just a quick email to share with you that after 20 years with the Ascent Companies, I am making a transition. I want you to know that the last 20 years have been more than I could have ever wished for. What a great opportunity I have had to not only work with, serve with and be friends with all who are a part of the RCA , DRG , DRB , Oxbow , Discovery Day PHP , Connections and Oasis programs. I owe such a debt of gratitude to the four original owners, Dane Kay, Steve Peterson, Scott Peterson and Jim Salsbury for seeing my potential and taking a risk on me back in 2002. Steve Nadauld, Brent Hall, Andrea Burgess, Clint Dorny, Shawn Brooks, Steve DeMille and the program teams have been like family and an absolute joy to be around.  I feel honored to have played a small role in the success you as educational consultants, private clinicians and us as treatment providers (working together) have had over the years on literally thousands of families.  #GRATITUDE
3 comments
Read more

March 09, 2019
By Stephen C. Schultz His breathing was heavy and fast.  Mucus sprayed from his nostrils and his cheeks fought the g-forces as if he were a fighter pilot leaving the deck of an aircraft carrier in an F-16. His neck muscles strained and his face grimaced as the fight or flight response kicked in. Five; six; seven now eight steps into his evasive action that was steeped in athletic prowess and natural instinct, he thought he was in the clear. Once again, he had cheated death and the angels of mercy had looked down upon him. It didn’t register right away. With each step, the distance grew larger between him and his immediate threat. It shouldn’t have happened this way. There was so much to live for. He was in the prime of his life with family and friends who loved and cared about him. He didn’t want it to end this way. The pain was quick and sharp. It penetrated right in the square of his back between his shoulder blades. His chest was thrust forward and his arms
2 comments
Read more