There is nothing quite like children to remind us of our mortality. My youngest daughter, nine year old Emma, was mentioning at dinner the other night that she is not only one of the youngest in her class (birthday in July), but she is the one in her class with the oldest parents! This was quickly refuted by my wife stating that “so and so” had older parents! 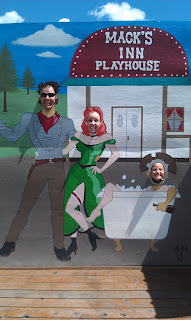 Wow…what a blow to my ego…I am now in second place in the oldest parent’s competition! Does this mean I'm the youngest old looser?

Mortality is an interesting thing. We pass through our daily lives moving from one event, task or pursuit to another. Unlike gravity, that literally keeps us grounded, we always seem to be competing against that other universal law called “time”.

Take a look at a previous post of mine written about one of my other daughters entitled, “Lessons from a nine year old”. I hope you enjoy it!