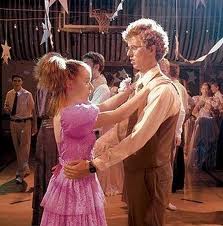 I walked to the parking lot with my friend Bill to wait for my mother. She was coming to get us after her shift at the hospital as the nursing supervisor. It was 11:45pm on a wet and drizzly Saturday night in Eugene, Oregon. The headlights rounded the corner and the 1978 light blue, four cylinder Toyota Corolla Station wagon pulled into the parking lot. Not exactly the ’69 Barracuda most fifteen year olds dreamed of, but this would do. Mom parked next to the curb and got out. She said hello and kissed me on the cheek, then moved around the front of the car and slid into the passenger seat. She said hi to Bill and I immediately scanned the parking lot to see who may have witnessed this cruel act of motherly kindness!


I climbed in the driver seat and proceeded to take the familiar route home. Mom leaned back in her seat, closed her eyes, and nestled in for the 45 min drive home. Bill sat back and quietly stared through the mist covered window. I glanced at the cars dash and tuned the radio to KDUK 104.7 on the FM dial.

The drive was pretty uneventful. I pulled up to a stop sign at Bailey Hill Road and Bertlesen. This particular intersection was like an upside down Y. When stopped at the stop sign, headed south, cars came at you and either continued past on your left down Bailey Hill Rd, or continued past you on your right headed down Bertlesen Rd.

We were now only four or five hundred yards from Bill’s house. I looked over my shoulder to the right…no traffic. I looked to the left and could see the glow of lights coming over the slight rise in the road. I sat and waited. This car was coming towards us, and as mentioned before, would either pass us on our left or pass us on our right. The headlights glow grew larger until the beams peered over the rise. It was a good sized car, probably a Cadillac or Oldsmobile. Mom was asleep in the passenger seat, Bill was quietly sitting in the back as Linda Ronstadt’s song, “Back in the USA" was playing on the radio.

The car coming straight at us wasn’t taking the usual angle in the road that suggested he was in one lane or the other and he appeared to be coming right at us. There was some miner swerving back and forth and I said to Bill “This guys coming right at us! What is he…drunk or something?” At that moment there was the unmistakable sound of tires skidding on wet pavement. The impact happened in a split second. The sound of crunching metal on impact is indescribable. It is surreal how perception changes. We were stopped and this vehicle hit us head on, front end to front end doing about 50 mph. 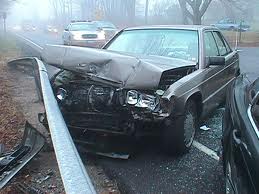 When I came to the realization I wasn’t dead, the first sense I had was that of rolling backward. We were probably 30 yards from the stop sign, sideways in the road and rolling backward into the ditch. I was able to pull up on the emergency brake and get us stopped. The radio was making a static sound and my lip was fat. I ran my tongue along my teeth to make sure they were still there. Steam was rising from the hood of the car. The windshield was broken and “spider webbed”. I looked towards my mother and she sat in the seat with a glazed look in her eyes. Blood was all over her face and there was a piece of her scalp missing on the top of her head.

I said, “We just got hit head on at Bertlesen and Bailey Hill. We’ve been in a wreck.”

She responded in the same voice and no eye contact saying, “What happened?”

This went on four times with me telling her what happened and her responding the same way. I checked her for any deep lacerations, broken bones or immediate injuries that needed first aid. She had bloody glass speckles all over her face and she was obviously in shock. I turned to Bill to see if he was ok. He’d been thrown against the back of my seat pretty hard, but seemed ok. There was a knock on the window and the driver of the other vehicle was tapping on the door. I opened the door and got out. He smelled of alcohol and said in a slurred voice, “Is everyone ok?”

At this point I lost it. I began to yell some expletives at him and shoved him in the chest three times until he was at the hood of his car. I had a hold of his shirt as a car rolled up to the scene. They simply rolled down their window and said they would call the sheriff at the little market down the road. (There were no cell phones then) I asked them to do that and they drove off. Soon after, the Sheriff arrived and my mother and I were taken to the Hospital. Bill was fine to go home.

What we learned later was that the fellow driving the car had been drinking. He was unemployed and uninsured. My mother was thrown head first into the windshield, breaking the glass with the top of her head. The momentum kept her moving forward into the dash where she split the dash with her chest. The top of her head and scalp were shaved by the broken glass of the windshield. She suffered a concussion, abrasions and superficial cuts. I had hit my mouth on the steering wheel and had strained the muscles in my arms from bracing for the impact. It’s a traumatic thing to be in an accident. It’s traumatic to look over at your mother covered in glass and blood. We were lucky that night, very lucky!

I have often thought about this experience. I have wondered why this happened to us. What are the odds that we would be at that same place in time as the drunk guy? In my work, the issues surrounding trauma and abuse are daily topics of discussion. Why do bad things happen to good people? I’m interested to know the thoughts of others about this. Please don’t hesitate to leave a comment or share an experience.

Sally F said…
That night when the call came to our house is actually my first memory. I was two. I remember Dad rushing around and hauling it out the door to go meet you guys, and I remember Susan rocking me in the chair as we waited for everyone to come back. It was definitely scary.

I think God has the power to stop bad things from happening, but how in the world would we ever learn and grow if life was always smooth sailing? Thankfully He also has a way of making "beauty for ashes," (Isaiah 61:3) meaning if we let Him, He can take all our hurts and turn them into good.