It was hidden in the rafters, the bedrooms, and throughout the house. Chad’s (not his real name) grandparents were finding pornography everywhere. Unusual behavior for a 16-year-old boy? Not really. But the couple had a bad feeling about the boy’s behavior. Those feelings were confirmed when they began to find stolen underwear he’d hidden away. 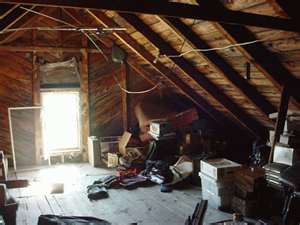 When they confronted him, Chad admitted he had a problem. He told the couple he had sexually groped his younger brother on at least two occasions. His grandparents sought help from a therapist. But after 18 months of outpatient therapy they were still worried about Chad’s progress and behaviors.


The family turned to Heather Green for help. Green is the Clinical Director at Oxbow Academy, a therapeutic boarding school specifically for teen boys with sexual misconduct issues.

“Chad’s story is not that unique,” she explains. “We’re seeing a lot of teens who are struggling with things like pornography, child molestation and fetishism.”

According to Heather, what is unusual is what families and communities are doing about it. “The trend is that we as a society are becoming more aware of it,” she says. “Society is no longer minimizing it.”

She says the irony is that as families, communities and sometimes courts take a “get tough” stance on teens with troubling sexual dependencies, children are being subjected to increasingly more sexual images at younger ages.

“Our kids are becoming very de-sensitized to sexuality and the boundaries that need to be associated with it,” Green observes.

Located in Wales, Utah, the heart of the western United States, Oxbow is one of only a handful of facilities geared exclusively to treating these teenaged boys. Most are privately enrolled by concerned families looking for help and hope for their sons.

“We take a holistic approach when it comes to therapy,” Heather explains. “We’re not just treating the sexual misconduct issues,” she says. “These boys still have emotional, physical and academic needs.”

All of which are addressed at Oxbow. While therapy is the primary concern, students also complete academic course work with “one on one” help from certified teachers.

Therapy is also individually tailored. “A student that has pornography issues is going to receive different treatment than a student with hands-on problems.”

She explains, “Oxbow offers a form of therapy that is not afraid to deal directly with the issue in an environment that is safe and 24/7 treatment oriented.”

Meanwhile, Chad is making progress. Since his enrollment at Oxbow, he’s admitted to molesting his brother several times over a period of years. Though his grandparents were heartbroken to hear that news, they are encouraged over the fact Chad has finally disclosed his ugly secret. He has no contact with his brother but Green says he is very remorseful and committed to changing his behavior.

She says parents should listen to their “gut” if they have concerns about a child. “Believe any children in the house that might come forward and say, ‘Johnny did this or that to me,’” she urges. “We see so many times when parents just don’t want to believe it’s true.”

She cautions parents not to ignore the problem. “Get the child in and have them evaluated. Go to someone that specializes in treating kids with sexual misconduct issues.”

She says that without an intervention, the problems will only escalate. “There may still be legal consequences to your child’s actions, but the risk is greater if you don’t get help.”

Green urges parents not to despair. “There are lots of good studies that show kids with this type of therapy at this age are probably the least likely to re-offend. I get Christmas cards all the time from students who say, ‘I’m doing great. Life is good.’ It’s just amazing the hope they exhibit and changes that you see from the time they first entered the program to the time they leave.”