I went home today for lunch. There wasn't anything there that a discerning palate would embrace, so I threw the chicken and rice cheddar medley in the microwave and patiently waited for a minute-thirty to pass.

I sat down to eat.  My energetic...always on the move…love’s the water...thirteen year old daughter proudly walked in the kitchen and pulled some fresh baked cinnamon rolls out of the oven. She turned, smiled at me and said,

“I just made some cinnamon rolls! You want one?”

She then started telling me that she was “sooooooo excited” for school to start. She must have mentioned three times that it starts in 3 days. She went down the hallway and retrieved a little folding shelf and brought it out to the kitchen counter. She said,

“I had this last year. But, since we have a new school, I don’t know if it will fit in my locker. You see, even though my locker is deeper this year, I don’t think it is as wide. Do you think it will fit? Isn't this cool, you can put books on top and stuff below. You know, school starts in 3 days.” 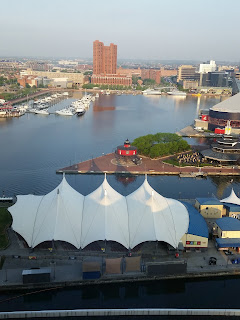 Then my mind wandered to the many scenarios around the world that are in stark contrast to my daughter’s excitement. She isn't even aware of most of them, and I see no reason to throw a wet blanket on her excitement.

There is the tragic conflict happening in the Middle East as well as in Russia and the Ukraine. There are injustices taking place in Iran and China with serious political concerns and consequences for each. There is fighting going on in California over water; there is lawlessness and murder taking place in Chicago and riots in the streets of Ferguson, Mo.

(Update: November 2015; Terrorist attack 6 locations in Paris killing over 150 with more than twice that wounded. Martial Law and boarders closed in France.)

I was reminded of the Mission Statement at Discovery Ranch for Girls:

“We believe in the potential of young women and the ability to restore choice in our lives. Through nurturing relationships and challenging experiences, young women and their families discover hope, passion and perseverance in the face of adversity.”

DRG is a residential clinical and school environment that works with girls who struggle with emotional concerns. This mission statement and the principles associated with it provide a healing environment for these teens. I wonder what the effect would be if this Mission Statement was adopted into families, communities and nations.

Where is hope fostered? Where is passion developed?  How is perseverance mastered? What if the members of families, communities and nations had hope for the future…passion in their activities of daily living and perseverance to continue to strive for excellence? Would it make a difference?