The dew around the window was starting to bead up. In a classic case of chaos theory, the little beads of water gave way to gravity and randomly bounced and bumped their way to the window sill like a steal marble in a pinball game. There was a small pool of water in the cracked and peeling beige paint. 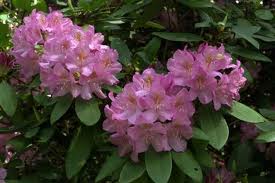 I sat facing the window, staring at the small engraved stone nestled in the flower beds. There weren’t many flowers at this time of year. Mostly rhododendrons and Oregon grapes reaching skyward from the damp bark mulch that covered the planter area.  The month of January in Eugene Oregon was filled with days and days of mist and fog.  In fact, pretty much from October through June was filled with fog, rain, mist, showers, freezing rain and occasionally snow. The local weathermen didn’t bother with predictions about the chance of precipitation; they took pride in developing new adjectives to describe the type of precipitation and how much you can expect. 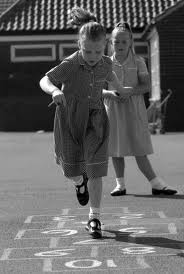 For first graders at Westmoreland Elementary, the wet weather never seemed to dampen our energy. Recess was held on the covered breezeway between buildings most days. A few kids ventured out to the playground, but not many. Recess was spent playing four square and tag. The girls jump roped and there was the proverbial hop scotch tournament.  Boys would tease the girls and then run. It was constant, loud and simply kids being kids.


As I gazed out the window, I felt sadness. Not that I realized it at the time, but a deep sadness that was difficult for a seven year old to understand. The small engraved stone out my window represented the life of a friend who did not return after Christmas Vacation. There were no announcements, discussions or memorial moments of silence. I simply looked out the window and saw the small stone with Marks name on it and knew…knew he was gone.

I didn’t know Mark prior to the school year starting. To this day I don’t know his last name or even where he lived. He must have been battling cancer for a while because he had already lost his hair when the school year started. My first recollection of Mark happens to be at recess one day. He would wear a knitted stocking cap over his bald head every day. He was even allowed to wear it in class. I ran out the door to recess and looked for someone to play with. As I looked around, there were three or four other boys who had taken Marks cap off his head and were playing keep away. Mark was moving from boy to boy trying to get his cap back. There was laughing and cruel comments about this young boy’s bald head. I stepped toward the commotion and the cap flew through the air in my direction. I grabbed it and kindly handed it to Mark. He swiped it out of my hand and ran back to class.

As mentioned, I don’t have many memories of my time in first grade. I do recall sitting with Mark in a reading group as we took turns reading "Run Dick, Run Jane".  At one point I remember we shared an old wooden double. I suppose we were friends like most seven year olds, simply interacting socially and playing in the moment.


Throughout my adult life, I have often recalled that experience and thought about the interactions of that day. It seems a lifetime ago and it literally was. Why would those boys play keep away with his cap? Were they “bullies” as we know bullies today? Were they simply “kids being kids”? Why did I recognize at such a young age how wrong that was and why did I feel compassion? How can I teach my own children to be compassionate to others?


For that little engraved marker to be placed in that planter area means there must have been some teachers and parents involved. There were adult interactions, conversations and no doubt tears shed for this little boy, who struggled with “grown up” problems in a childs body. To me, at that time, as a seven year old, Mark was just a friend. While he lived a short life, it was a life that taught me eternal principles and I’m thankful for our short interaction in time.


As I move through this life experience, I’m not so sure that “recess” in grade school isn’t just a microcosm of life in general. As adults, we have many of the same emotions and conversations as kids at recess; it’s just a bit more refined. Throughout my career I have been fortunate to interact with parents and families from across the globe. Because of the services my organization provides, there is no shortage of stories and situations that break your heart. As we encounter families, coworkers, neighbors and friends who may be struggling through life’s challenges, I hope we remember to “reach out”. May we always be able to look back in time and be grateful we didn’t play “keep away” with our compassion!

judithwelltree said…
Thank you for this blog, we all need reminding! This is particularly poignant given the death of your friend but how wonderful for him that you were there to make that difference!
February 20, 2012 at 12:03 AM

Stephen C. Schultz said…
Judith, thank you for your kind words. I appreciate you taking the time to post a comment.
February 20, 2012 at 10:17 PM

Adam Alvarado said…
Dude I love your comment about grown up problems in a child's body. I think we forget that the problems we face now are no different than those we faced as a child - the same social dynamics. And though we hope those kids bullying would act more adult, I think the more remarkable thing is that we see just as many adults acting no different than the kids. Sweet post!
March 1, 2012 at 8:45 PM

Stephen C. Schultz said…
Adam, Thanks so much for the comment. You provide some excellent insight.
March 3, 2012 at 1:11 AM

Mary B. said…
The kind of bullying that causes trauma in its victims is not an occasional occurrence. It is constant and unrelenting. At long last people are paying attention to bullying, not to give bullies attention, but to bring to light the rampant trauma inflicted on vulnerable children. The only reason bullying has gained attention, is because of the dire and ultimate consequence. Suicide. Bullying is an issue that must be addressed. I remember teachers turning a blind eye to every kind of cruelty, and I blame them for failing the children under their care.

Stephen C. Schultz said…
Mary, Thank you so much for your insight and passion. You are so right! It's comments and efforts like yours that keep the intervention process moving forward!
March 3, 2013 at 2:08 PM

Carol said…
I, too attended Westmoreland. I thought the staff, for the most part, was excellent. We had a few bullying incidents that I recall, but they happened only once. Quick action by teachers and principal seemed to do the trick. But I'm 59 years old and back then, we had respect/fear for authority..both at school and at home.

Stephen C. Schultz said…
Thank you for your comment Carol. Yes, the staff were excellent at Westmoreland. I am now 50 and I attended first through sixth grade there. I don't recall if this was an on-going bullying incident or simply a spontaneous act of cruelty by cooped up 1st graders. Either way, there is no excuse.
August 21, 2013 at 9:58 AM

Unknown said…
I believe you have been an excellent roll model all of your life. Wonderful read.
March 18, 2014 at 8:19 PM

Stephen C. Schultz said…
Thank you Sho Nique. I appreciate your kindness and support of my posts. Your efforts to positively impact the lives of others through your own social media activities is inspiring!
March 22, 2014 at 8:39 AM