Teen Suicide…there is no answer

(Caution: This post contains graphic and frank discussion of suicide and the implications it has on others. If you or someone you know is having thoughts of suicide, please contact the National Suicide Prevention Lifeline at 1-800-273-8255)
The sky was colored with shades of orange, red and pink. There were even some hue’s of purple streaming across the high thin clouds. It was a pleasant 70 degrees and sunset was fast approaching. There was the unmistakable smell of hamburgers on a grille wafting through the air.

I turned to my 12 year old daughter and said;

It was Monday evening, the day after Easter. She simply stood up and we walked quietly out the back door. We strode beside the South end of the house and across the lawn. I stepped over a dandelion, being careful not to brush it with my foot, thus launching the innumerable white seeds into the soft breeze that was blowing from the West. 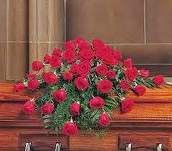 We were headed to our neighbor’s house across the street. In fact, we were joining other parents and teens from around the neighborhood to have a hamburger and then discuss the shocking suicide of the 16 year old boy who was a friend and neighbor to all of us.


As mentioned, the day prior was Easter. It was a nice Spring day and my oldest daughter and her husband came over for Easter Dinner. We also had my niece who attends a local university with us as well. We spent time visiting and catching up. There were discussions about school, work, future plans for a vacation and the Prom that my 16 year old daughter attended the night before on Saturday. We had the traditional Easter Ham and all the fixings.

It was nice to have the family together. After the normal family conversation, laughter and general family banter, my daughter, son in law and niece all left to head home.

My 16 year old daughter’s phone rang. She answered, and was silent. It was obvious just from the body language and conversation that something was wrong. I immediately left the computer and headed to the kitchen. She stood there with a shocked look on her face and didn't say anything.

Amanda just stood there in silence.

Tears welled up in her eyes and she said,

Stu loved sports and always seemed to have a basketball or a baseball glove on his hand. I have memories of Stu standing on my front porch, a basketball under his arm, knocking on the door asking if Ryan could come shoot hoops with him in the driveway.

Back in the kitchen, my daughter’s phone didn't stop beeping. Facebook, Instagram and text messages started pouring in. People were trying to figure out what had happened.

“I just talked with him in the hall Friday. He seemed just fine. He had a date for prom Saturday night.”

Then an image popped up on Facebook of Stu and his date at Prom, a big smile on his face, less than 24 hours prior. We all stood in the kitchen, shedding tears and asking the same question time after time…WHY?

Now Monday, where this blog post started, my other daughter, Emma, and I walked to the door of the neighbor across the street. It had been a little more than 24 hours since Stu had passed and many in the neighborhood were struggling. I received a call from this particular neighbor who said;

“I’m thinking about having a dinner and inviting any parents or youth in the neighborhood to come over. We can have a hamburger and then I’d like to have you lead a group discussion about Stu and this tragic situation. I know you work in the mental health field.”

Emma and I stepped into the house and there were about 25 adults and teens there…all having known Stu in one way or another. It was a somber gathering with silent tears and the constant sound of random sniffles.

After people finished eating, we gathered in the family room and started a discussion about suicide. We started with some information about grief and the associated emotions. We then discussed that there is nothing in this life that is so bad that you can’t reach out to a parent, teacher, neighbor or friend. Then we gently moved into sharing our memories of Stu. One of the teen boys in attendance is on the high school football team and he broke into tears sharing that he had just played basketball with Stu at lunch time on Friday. Everything had seemed fine. Parents shared their memories of playing softball and going on camp-outs.

Everyone cried until there were no more tears. Everyone hugged and mingled for a bit. Then we all dispersed and went back to our homes and families…all of us with that sad, nagging knowledge that Stu’s family would forever have an empty spot at the Easter Holiday table.

(This is always a difficult topic to discuss. Here are a couple of other post I've written about suicide and its effects on families. You can read them here and here.)