A diagnosis is not a label. Building resilience!

Over the last 25 years, I have noticed a shift in the youth we work with and some of the struggles they encounter. What I’m seeing is not merely symptomatic of a rebellious teen or the burdens that accompany a mental illness. What I’m sensing goes to the heart of “Identity”; the very essence of who we are.


Within the last two years there have been four suicides in my circle of friends, colleagues and co-workers. They were aged 14, 17, 24 and 29 years young! Each battled their own personal demons and each left this life overwhelmed with the prospect of continuing life as they knew it. They left behind grieving families and friends with the eternal question; why? While these families will try to solve their very personal and individualized “puzzles”, they will forever be searching for the missing pieces. You can read my other blog entries on suicide entitled; “Why does suicide ever seem like a good idea?” and “Teen Suicide – Is there ever an answer?”
My youngest daughter (11yrs old) suffers with a seizure disorder. After much testing, we still don’t have a definitive diagnosis. The neurologist says she may grow out of them as she moves through adolescence. But, she is getting close to adolescence now and there are still signs of the seizures, even with the medication. She obviously doesn't like having seizures and sometimes struggles with anxiety because of them. The seizures are unpredictable and don’t happen very often. As her father, it’s difficult for me to imagine what she must go through knowing that a seizure could happen at any time. Fortunately, there is the medication, but it isn't without some side effects. 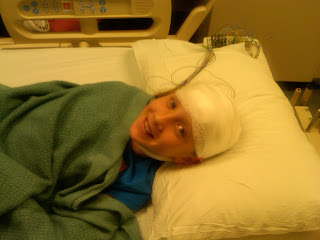 We have her involved in softball and volleyball. She took piano lessons and has now switched to guitar.  As parents, we expect her to do well in school and we do our best to live life as a family as if there is nothing wrong. However, as her parents, we are constantly aware of the concern.
I went to tuck her in bed the other night and she was quietly crying.


I asked her what the matter was and she responded; “Dad, I just want to be normal! I don’t want to have seizures!”
I said, “Sweetie, you are normal. Who you are is not defined by whether you have seizures or not.” 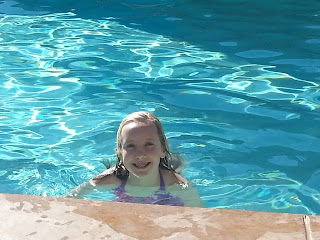 We then had a discussion about a classmate of hers who has diabetes as well as the fact that I have asthma. I mentioned; “We all take medication to manage these physical ailments, but the ailments do not define who we are.”
So, how do we as parents assist our children and teens to recognize that having a diagnosis does not equal being stamped with a “Defect Label”? How do we help our kids to understand they are not produced on a human assembly line and headed for the “Island of misfit toys”?

Please allow me to share a personal example. As a small child, I was diagnosed with asthma. I recall nights in bed, propped up against the wall, trying to breathe, but afraid to go to sleep. There were no nebulizers or inhalers in the mid 1960’s. There were small pills that the doctor prescribed. My mother was told to cut the pill in fourths and give me a ¼ pill for my symptoms.

As I got older, I seemed to grow out of my symptoms somewhat. I still had asthma, but it was exercise induced. Sometimes simply walking in the cold would bring on an attack. I recall a time in JR High School going to my Dad and asking him if I could get a note to miss gym class. We were scheduled to do Track & Field and I knew there would be a lot of running. (I lived in Eugene, Oregon…Track City USA!) I got the idea from some other kids who had asthma and they had notes to miss class.

My dad simply said; “Steve, your mother and I have done all we can to help you with your asthma. We have taken you to the doctor and paid for medication so you don’t have to miss out on any activities. I’m not going to write a note so you can miss PE. Make sure you take your medication and then do the best you can.”

I remember feeling disappointed at the time. I thought for sure I had a “Get out of PE” pass! However, throughout my childhood and teen years, I played baseball, football and basketball in the city recreation leagues and developed resilience around the fact I had asthma. I was able to play baseball in High school and intramural sports in college. In fact, to this day I don’t recall ever thinking I could not do something because of my asthma. I have simply learned to live and enjoy life regardless of the fact that I have it.
There have been times throughout my life when I have over heard parents discuss their children saying;

How many times have we all heard; “She’s Hyper-active” or “He’s Aspergery”!

Even with other medical concerns we say, “She’s Diabetic” or “He’s Anaphylactic when he eats peanuts”.

This may seem like semantics, and it is. But, for children who are diagnosed with physical, developmental and emotional concerns, it’s important to help them develop a sense of identity separate and apart from the diagnosis.
This doesn't mean there won’t be frustration or pain. This life brings with it many struggles. Just as the chick must struggle to exit the egg, we too have struggles in life. However, with the successful navigation of each struggle in life we develop strength and competency in our ability to see ourselves as we really are.

Unknown said…
OH I simply adore this writing. You are so correct. We are not our illness anymore than we are a business person in a suit or a baker because we have an apron on. Thank you so very much for this. As always, you have given me much to think about.
March 28, 2014 at 1:05 PM

Unknown said…
I love your blocks and the fact you work with teens is awesome. My daughter is 15 years old and she s suffering depression and anxiety, sometimes hang panics attacks. Pour girl, my question as a parent is thats probably yours: why??? Kimberly has all that she needs, 20 times more that I had as a child, including care, love and attention, and she still battle with that kind of illness, I have done all in my posibilities to help her, sometimes I notice her happy,singing all day long, next day she wakes up sad, begging me that don't send her to school, what to do??? You can imagine how I feel, maybe not, because seeking for an answer to her problem is consuming me, only her can get over this demon, but I won't stop helping her and praying like crazy for my baby girl. I love you kimbo.....
February 5, 2017 at 5:25 PM