Teenagers and Pornography: A New Look

Sean hears her footsteps on the stairs and quickly snaps the desk light off. He clicks back to World of Warcraft. It’s 2a.m.  He has exams tomorrow. Maybe she’ll think he’s studying. If not, he's been in trouble before for gaming...that's nothing new.  Just a few more minutes, then he’ll stop.

“Sean” is one of millions of teenagers who use the Internet daily to find and view pornography. 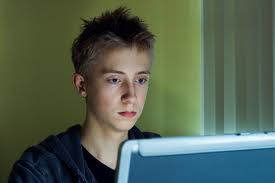 The Washington Post reports more than 11-million teens regularly view pornography on line.  That may not be surprising when Nielson Media Research reports 75% of  U.S. population over age two lives in homes with web access.

“Sexual dependencies are a pattern of thinking, a habit or a behavior with sexual connotations,” explains Gregg Lott.  Lott is a partner and therapist at Oxbow Academy, a residential treatment center that specializes in sexual dependency.  These behaviors, thoughts or obsessions impair or interfere with a teen’s daily functioning.

Located in Wales, Utah, Oxbow is finding a new and growing clientele from around the globe. Parents worldwide are determined to break the cycle of sexual dependency in their teenaged sons.

While no one is quite certain how these behaviors get their start, experts do agree internet pornography plays a role in how they develop.

Dr. John Mark Haney, a Texas therapist, recently wrote, “For many young people, pornography is not a casual interest, but an addictive force that is leading to a quiet epidemic of young people who cannot control their online or television habits.”

Haney says accessibility has made the Internet the “super fix for a new breed of addicts.”

Dr. Thomas Kimball is the Associate Managing Director for the Center for Addiction and Recovery at Texas Tech University.  “Behaviors can be just as addictive as substances,” he says.  “Pornography hits the pleasure part of the brain. The area that is stimulated with drug use is very similar.”

According to Kimball, “depth and breadth” are what make internet pornography so dangerous for teens.  “They can view a great deal of material very rapidly and find whatever kind of material they want.”

They can also do it in relative secrecy.

Most of the children Kimball treats for sexual dependencies are between the ages of 14 and 16. Dr. Kimball believes these teens have been struggling with pornography problems for some time before their parents seek treatment.

“I’m predicting the ramifications of internet pornography will continue to impact families and relationships,” he says.  “Teen experimentation can turn into dependence and addiction.”

In “Teenagers and Pornography Addiction,” Dr. Haney wrote, “When a teenager is subjected to an arousing image, the adrenal gland secretes epinephrine into the bloodstream, where it proceeds to the brain.  Other body chemicals, such as serotonin, adrenaline, endorphins, and dopamine also are at play creating a euphoric state in the user. Teens who experience this biochemical thrill will, not surprisingly, want to experience it again.”

“We’re all sexual beings, “ Lott acknowledges.  “We’re all wired in a way that sex is part of our lives and part of our make-up. But I believe that if a child at a young age is exposed to sex, and to some extent, sexual images, it starts setting in motion hormonal changes, cognitive changes, and eventually behavioral changes.  You could argue that it hastens puberty.”

Kimball agrees. “It’s not just about addiction.  It’s about opening sexuality way too early before children are emotionally and mentally ready.”

Kimball admits some sexual curiosity is normal but says pornography is not the way to satisfy the need to know.  He recommends honest, age appropriate sex discussions between parents and children.


Lott worries that children are becoming sexualized at increasingly younger ages, mostly because of television and Internet. “It’s a very powerful medium that people react to differently.  As a general whole, Internet pornography could be described as a gateway medium to more serious sexual dependencies, obsessions and compulsions.  It impacts every youth differently.  For some, it really captures them.”


How do you know if your teen needs help?

“Observation is one way you’ll know,” Lott says.  “What they were once able to keep controlled will start unraveling and control them.”

Teens will give up time with hobbies, family and even friends to spend time on the Net. “They may have to get up in the middle of the night to be on the computer,” Lott warns.

Kimball says addicted teens may use sexual language that’s beyond their years, or they may start experimenting with drugs or alcohol.

According to Lott, 90% of the children in treatment denied their involvement in pornography.  That means parents must do some detective work. “Start asking questions.  Look at who they hang out with. Are they being exposed to anything sexual?”

Because teens may experience embarrassment, shame or guilt, Lott says they probably won’t admit there’s a problem. “The further along they are in the sexual dependency the more they will be in denial.  At some point you have to look at the child you knew vs. the child you have right now and ask, ‘How much of this change may be related to sexual stimuli?’”

Most experts feel the best way to help your child is by getting a proper assessment of the problem.

“Call someone who specializes in treating sexual addictions,” advises Dr. Kimball.  “In these children, sexual addiction is one small part of the problem.  The program should also address depression, anxiety and social skills.”

Kimball cautions parents to realize there is a difference between experimenting with pornography and being addicted to it.  “You don’t just throw a child into an in-patient setting. Assess the problem and then address the level of care.”

Lott says a teen who has crossed the line and gone from watching pornography to touching or abusing another person will require in-patient care in a highly specialized environment.

“These kids have spent a lot of time and energy to keep this a secret,” he says. “You need an environment where there are no secrets, no holding back, and where they are talking about it every day. That normalizes the behavior. Then they can talk about it without worry or anxiety or fear. We can identify triggers and skills to prevent it from happening again.”

“We still have a long way to go when it comes to addiction treatment to increase the effectiveness,” Dr. Kimball admits. “But there are many people in the community that you can reach out to and get help.”