The Sweet Taste of Success


The stickiness was thrilling and annoying all at the same time. My fingers stuck to the side of the plastic cup as I lifted the fragrant elixir to my nose and smelled it one more time. Seeing the rusty color for the first time didn't scream "Drink Me!"...but, I did. So did about 12 other people who were standing there with me.

In fact, on a cool fall day in Mid October, at about 5000 feet above sea level, there isn't much that can beat the taste of fresh squeezed apple cider prepared tree to press in less than twelve hours time and less than fifty yards in distance. This particular activity was set up to involve the students at Discovery Academy and Connection. Each Friday they have an opportunity to participate in an Experiential Activity. An activity that is educational, fun and relatable to the many emotional issues and concerns that these students have faced in their relatively young lives.

Earlier in the year, students went and picked Raspberries and brought them back and made jam. Many of the students had no idea this is where jam came from.

One student asked, "Can we really eat this? It doesn't have a label of ingredients. How do we know it's ok to eat?" 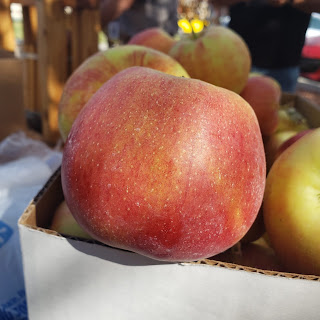 It's a sad commentary in many ways that today's teens are so innocent and naive about where food comes from and how it's made. Yet, that innocence is lost at too early of an age about substance use, problematic sexual behavior (PSB) and other risky behavior.

Below are a few blog posts found on the website of Discovery Academy. DA is a place where students who find themselves embroiled in a world of risky behavior and declining grades can regain a solid footing. Be sure to take a look.

Honors Program Students Give Others a Hand-up

January 30, 2022
By Stephen C. Schultz This is just a quick email to share with you that after 20 years with the Ascent Companies, I am making a transition. I want you to know that the last 20 years have been more than I could have ever wished for. What a great opportunity I have had to not only work with, serve with and be friends with all who are a part of the RCA , DRG , DRB , Oxbow , Discovery Day PHP , Connections and Oasis programs. I owe such a debt of gratitude to the four original owners, Dane Kay, Steve Peterson, Scott Peterson and Jim Salsbury for seeing my potential and taking a risk on me back in 2002. Steve Nadauld, Brent Hall, Andrea Burgess, Clint Dorny, Shawn Brooks, Steve DeMille and the program teams have been like family and an absolute joy to be around.  I feel honored to have played a small role in the success you as educational consultants, private clinicians and us as treatment providers (working together) have had over the years on literally thousands of families.  #GRATITUDE
3 comments
Read more

March 09, 2019
By Stephen C. Schultz His breathing was heavy and fast.  Mucus sprayed from his nostrils and his cheeks fought the g-forces as if he were a fighter pilot leaving the deck of an aircraft carrier in an F-16. His neck muscles strained and his face grimaced as the fight or flight response kicked in. Five; six; seven now eight steps into his evasive action that was steeped in athletic prowess and natural instinct, he thought he was in the clear. Once again, he had cheated death and the angels of mercy had looked down upon him. It didn’t register right away. With each step, the distance grew larger between him and his immediate threat. It shouldn’t have happened this way. There was so much to live for. He was in the prime of his life with family and friends who loved and cared about him. He didn’t want it to end this way. The pain was quick and sharp. It penetrated right in the square of his back between his shoulder blades. His chest was thrust forward and his arms
2 comments
Read more