Do we all have a purpose in life?

The sky was grey with wispy clouds having just released their moisture. The sun was just starting to peek over the distant horizon and break through the grey fluff. To see these surroundings would have you believe it was a beautiful winters morning.

The steam from my breathing wafted upward and created little ice crystals on my eyelashes. The sidewalk was covered in ice that had formed little pot holes from where people had walked before the snow could be shoveled. I was on my way to class at the local university. As I approached the corner, I heard a clicking sound accompanied by an almost imperceptible whirring. I glanced across the street and saw Trent, a 14 year old young man making his way down the street. I was able to wave and catch his eye. 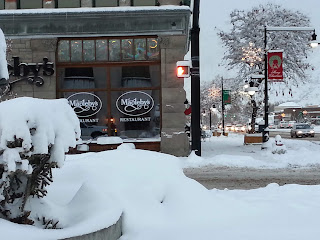 I shouted out; “Hi Trent! Good to see you this morning!”

There was no response. He simply kept making his way down the street with a very determined, focused effort. Some might consider that behavior on Trent's part to be rude. Others might consider it normal behavior for a 14 year old boy. For me, I was thrilled to see him and excited to simply have the opportunity to shout across the street.

You see, Trent was riding in a motorized wheel chair, bouncing across snow and ice and little pot holes. His arms and legs were constricted in a contorted manner up toward his body and his head swayed from side to side and front to back in an uncontrolled chaotic rhythm. Somehow, he was able to reach out with his left arm and grasp a small round knob on the left armrest of his wheelchair. This small knob was the control stick for moving his chair forward as well as steering it.

Trent was born with Cerebral Palsy. The year was 1985. My interactions with Trent actually started a couple of months earlier in the year. I was taking Anatomy & Physiology in school and had an opportunity to work at the local hospital in the Physical Therapy Department. Trent's parents brought him in one day for us to do some range of motion exercises with him and help him with some stretching. 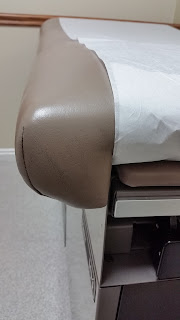 I recall my first time speaking with Trent was when I reached down and lifted him from his wheelchair and gently placed him on the padded table. While he could make eye contact, he could not speak in more than a guttural grunt or grown. His arms and legs were atrophied and his muscles constricted to a tight, wiry fetal position.

I stood to the side near his head as the physical therapist started doing some range of motion exercises with his arms and legs. It was painful for him and it was obvious he didn’t like the stretching. I helped with some of the exercises and spoke words of encouragement to  him;

“Your doing great Trent! Keep it up buddy! That’s the way...now you’re getting there!”

Over the next couple of months, Trent would come in three times a week. I really grew to like this kid and gained a lot of respect for his determination, resilience and courage. We were able to use aqua-therapy where I would get into a large Jacuzzi pool with Trent. I would pick him up and hold him on my hip and walk into the pool. It was warm water and would loosen up the muscles in his arms and legs. It was a fun time. We would play Karate Kid in the pool. I would toss the floating thermometer out into the middle of the pool. Then I would say; 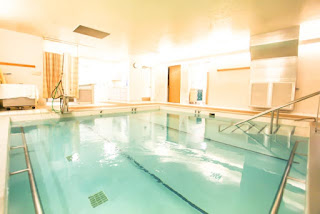 “OK Trent, you're the Karate Kid! You need to karate kick that thermometer!”

I would then slide across the pool with him in my arms and he would splash and kick at the thermometer. He would laugh in a hauntingly type of moan, but his eyes said it all. Trent was a very smart kid, he was in there normal as can be. It’s just that his body didn't work right.  We had fun together...we grew close...it was a healing and maturing experience for me as well as for him. Trent went on to get his Eagle Scout award and continued to engage and live life to the best of his ability.

It’s interesting how life moves on. Was there a purpose to our interaction and relationship? I don’t know what ever became of Trent. I don’t know if he is still battling this earthly fight or has left behind the constraints of his mortal body. One thing I do know...is that he was able to impact the life of a young college student for many years to come.