Maturity and the value of perspective

The 1970’s were a time of demonstrations, hippies, communal living, acid trips, pot smoking and the constant questioning of the current “establishment”. Often, the establishment was the metaphorical embodiment of anything considered to be “authority” of any kind. So, whether it was the local government, police officers, church leaders, God, professors and universities, business owners or even parents, there always seemed to be scrutiny of some kind and a cause to try and make things better for the disgruntled segment of the population.

It is little wonder that the children of the 70’s, having been exposed to many of these conversations, rallies and demonstrations came up with a “tongue in cheek” theme song for elementary school. I recall kids walking down the breezeway at recess singing this song to the tune of the Battle Hymn of the Republic:

The dark gray clouds billowed upward as a steady rain fell to earth. The year was 1975 and I was thoroughly enjoying (not learning much...but enjoying) the sixth grade at Westmoreland Elementary School located on the west side of Eugene, Oregon. The west side of Eugene is where the University of Oregon married student housing was at the time. So, I was raised in a fairly diverse population of kids. I would walk to school or ride my bike. We lived a few blocks south of the school on the hill. 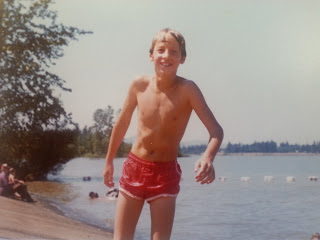 I was an unassuming kid. I had a few friends and played on the basketball and baseball teams organized through Eugene Sports Program (ESP). As a sixth grader, I had the opportunity to assist Mr. Holt, the P.E. Teacher, with classes of younger students in the Gymnasium during their P.E. class time. My friend, Andy Smith, and I were just the kind of helpers Mr. Holt liked to have.  We were both athletic for our age and had no problem helping the younger kids learn and practice the skills of broom hockey, rope climbing, crab walk relays, dodge ball as well as the many activities associated with a big round multi colored parachute.

Each day started with me and Andy sitting at our desks in the back of the room. Our teacher, Mrs Sexton, was in her final year of teaching. It was obvious to all of the students that she was having problems with her memory, often forgetting a student's name or missing a lesson plan. She spent most of the day at her desk and students would file up to talk with her when they needed help with something. There was time spent squeezing Elmers Glue into the middle of the ruler, then setting it inside your desk to dry. You could then pull the curved, dried glue out, cut it into short sections and glue them on your fingernails. We would make paper footballs and spend time pushing the little triangular piece of paper across our desks, trying to get just a corner to hang off the edge. A true game of skill and precision! We even made little pin darts that you could shoot out of a hollow Bic Pen. We would shoot the little darts into the ceiling and I got in trouble for that childhood act of destruction of school property. (Not sure those pins did any real destruction to the asbestos ceiling tiles in our classroom!) 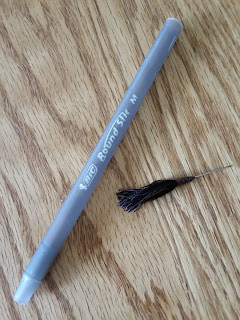 This was the perfect setup for two restless young boys with a lot of energy and short attention spans.

Earlier in the year, we had manipulated our seating arrangement so we were in the back of the room. Andy’s desk was immediately to my left. Immediately to his left was a bookcase. When facing the front of the class, this large L shaped bookcase that was waist high, with the 90 degree angle, fit into the corner of the classroom. It spanned an equal distance of about eight feet from the corner of the room in each direction. The bookcase had the latest encyclopedias, reference books, text books and a small stack of magazines including the latest issue of Highlights Magazine. On the top of the case there were some art books arranged in a nice way as well as the classroom globe of earth. All of these features made our classroom a comfortable and efficient place to learn. However, the value of the large bookcase to me and Andy wasn’t the front side stocked with books and learning materials, but the backside that rested about ten inches away from the wall. 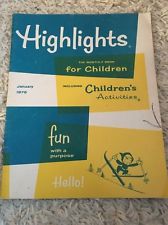 You see, that ten inches may not have seemed like much, but to a couple of skinny 11 year old's, it was like a tunnel to freedom. Andy and I would slip to the floor when the teacher wasn’t looking and duck behind the big bookcase. We would crawl along the back, turn the corner to the right, crawl to the other end and make a dash for the door. The door leading outside was only another four feet away from the end of the bookcase. We became quite good at this. In fact, we snuck out of class on a regular basis. Mrs. Sexton never seemed to notice we were gone and we never seemed to be missed. Since we had nowhere to go, we usually just went to the gym and hung out with Mr. Holt. No one thought to ask why we spent so much time being P.E. Assistants, but we weren’t going to say anything, especially if no one seemed to care.

As I look back on those times, they seemed simpler, kinder and somehow different than today. Yes, there were bullies. Yes, there were abusive parents and families that struggled with addictions. The grown ups of the 70’s still had their opinions and their causes that created marches, protests and nightly news stories, but it was different somehow. The kids however, spent time outside riding bikes, playing 500 in the street, having adventures at the reservoir and building go karts & skateboards out of old discarded lumber, wagon wheels and old metal roller skates. There were no gaming systems, cell phones or technology for kids. Friends would run down the street, knock on a neighbor's door and ask if “Johnny” could come out and play. They knew to come home when the street light came on...and they did! Kids knew parents and parents knew the kids.

What are your thoughts? What was it like for you growing up? When we share experiences, it shapes perspective!