The clouds were wispy and white…threadlike with the texture of a painter’s stroke. There was an almost imperceptible dull roar in the background of birds chirping and rustling leaves. When walking through the underbrush of the Western Oregon temperate rain forest, you become dependent upon your sense of hearing and pay close attention to every sound.

The gold spotted Thomas Lure at the end of my pole six feet in front of me was bouncing up and down, spinning around and generally getting as tangled as physically possible. The barbed hooks on the lure managed to pierce every fern along the ground and grab every swooping cedar limb above my head. For a nine year old, taking ten minutes to go ten steps seemed like an eternity. Having to focus on each step directly in front of me as well as the end of the pole six feet out was a skill only those champions of “Wack-A-Mole” could appreciate…and I was not a champion! 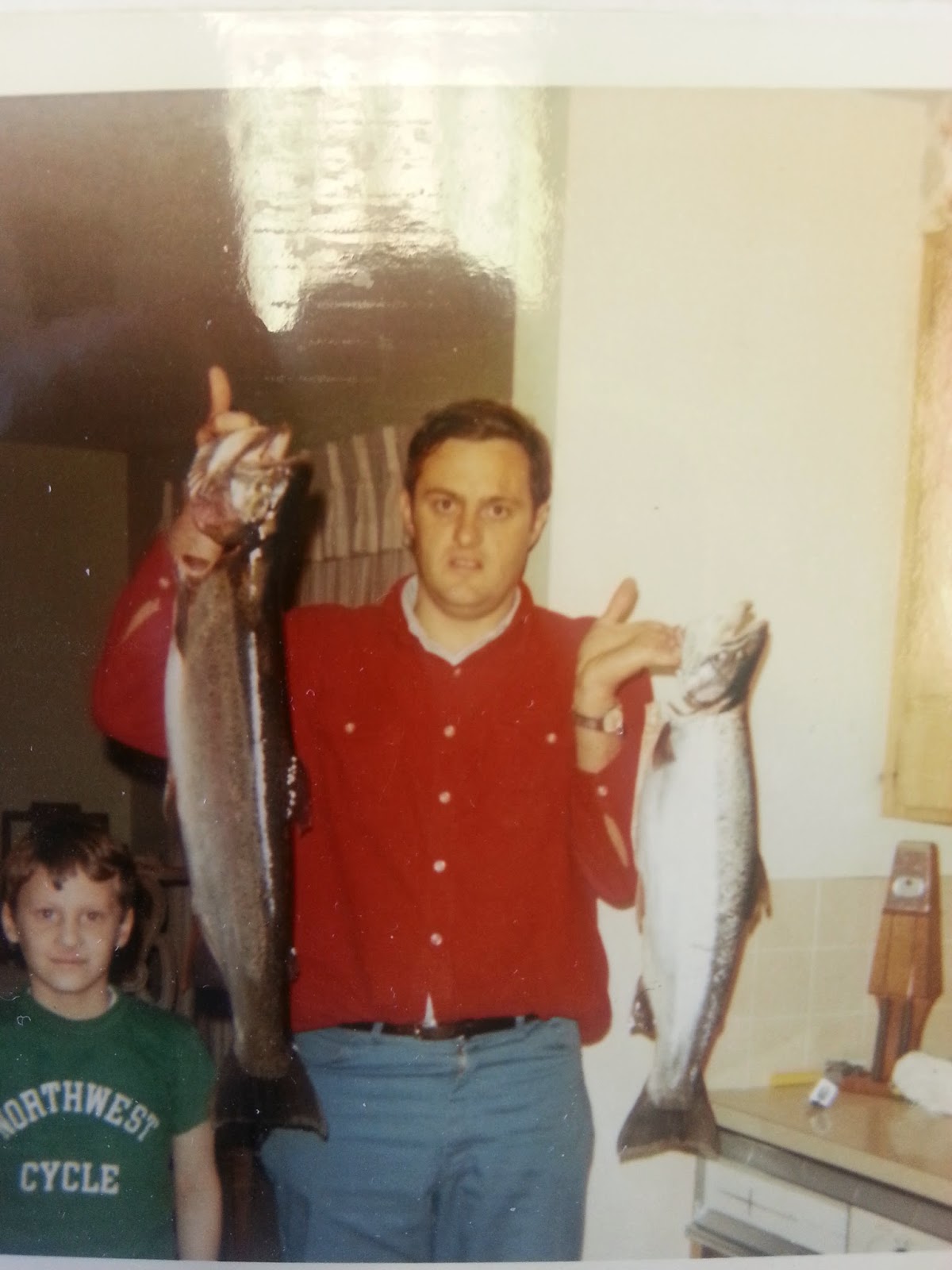 The goal of this adventure was a river about thirty yards down the hill. This was a ritual that my father and I participated in on a regular basis. Fishing is something you simply did when you live in Oregon. Well, it is something that our family simply did.

I stood at the edge of the river. The current swirled and curled and rolled back on itself causing miniature waves to rhythmically lap at the round, slimy river rocks along the bank. I cast the lure upstream a bit and reeled it in. Nothing. I cast it again and while reeling it in felt a bump against the lure. Nothing, it probably just touched the bottom.


Dad was up stream about twenty yards and I remember thinking this was pretty fun. I flipped the bail on my reel one more time, preparing to cast, and the line all of a sudden spun off the reel into a tangled mess. This was a problem. I knew from previous experience that when your line is tangled this bad, you simply need to cut the line, pull the tangled mess out and re-rig your pole. So, I set out to do just that. 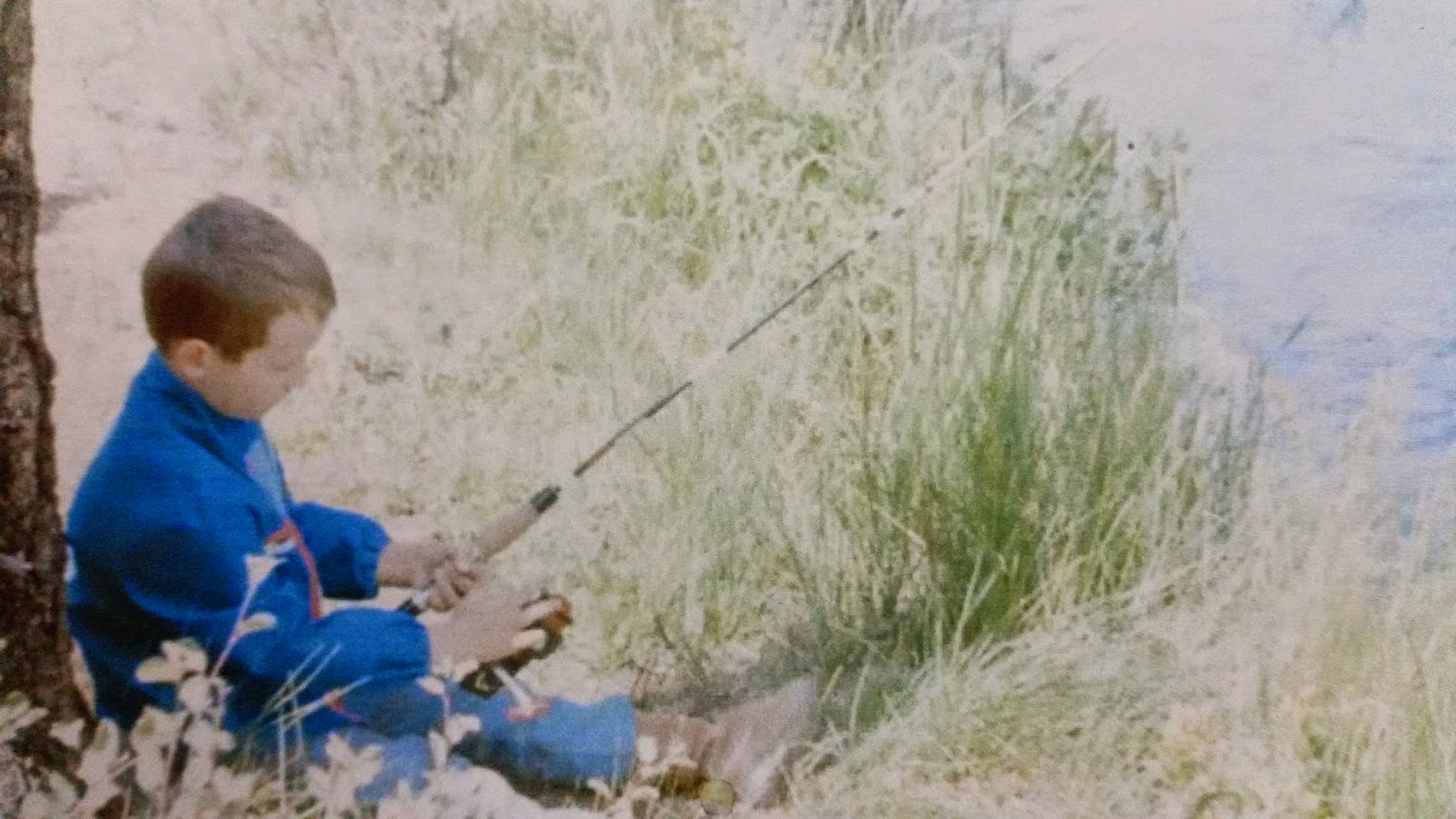 My dad was keeping an eye on me from upstream. I would see his head nod my way from time to time. He didn't rush to save me from this inevitable fisherman experience. He let me problem solve and figure out what needed to be done. After about a half hour, I had re-rigged my pole. I decided to sit on the bank in the shade and just enjoy the day. I wasn't feeling much like fishing anymore, especially if I was going to have to deal with another tangled mess.

I heard some footsteps against the dull roar of the river. I looked up and my dad was walking towards me. He paused for a moment and said,

“You get that bird’s nest taken care of?”

He then said with the wisdom that only comes from a long history of working in the woods and being an avid outdoors-man,

“I can promise you one thing! You’re never going to catch a fish unless that lure is in the water.”

Then he proceeded to walk past me and head down stream.

That experience has stayed with me since that time. It’s an experience I have shared with my own children.

What a great metaphor of life.

So, how many of us go through life, hoping we’ll “catch a fish”, but have our “lures out of the water”? It takes persistence, knowledge, determination, effort and learning to catch fish. Often, it also includes courage.

Whether it’s finishing school, getting a new job, mending relationships, taking a trip, having more money or contributing in a positive way to our community… if we don’t exercise the above listed virtues and values while navigating the waters of change, we may find ourselves tangled in the “birds nest” of life.

Unknown said…
Steve, me and Jess just got settled in our spot to camp for the weekend and we're sitting next to the river with the sun setting and I decided to creep on your page. This story was the perfect read, sitting here in the few calm moments we get these days. I love the story and thank you.
June 17, 2022 at 10:37 PM