Is the “News Media” trustworthy?


I don’t frequent bars very often…mainly because I don’t drink. However, last week was an exception. Not the drinking part, but the being in a bar part. Corned beef sliders, a coke and the World Series baseball game. It doesn’t get much better than that!
The guy sitting next to me on my left started a conversation with me about his car and how upset he was that someone backed into him and scraped the bumper. He then started a dialogue about the quality of cars now as opposed to thirty years ago. The conversation was simply a one way conversation with rants about insurance, auto body repair shops and his disappointment that he wasn’t headed to Hawaii this year…since every year at this time he is in Hawaii. I kept trying to turn back to the gentleman on my right, since he was the reason I was there in the first place.
I was hosting a producer, Dan Frankenberg, from Special Edition Films Limited based in London. They contacted me a couple of months ago and are interested in doing a piece on teens who struggle with sexual addiction, sexual trauma and sexual abuse that has been exacerbated by the use of pornography.  Oxbow Academy is one of a handful of treatment programs for teens that deal with these concerns; and probably the only one that works exclusively with privately placed students. 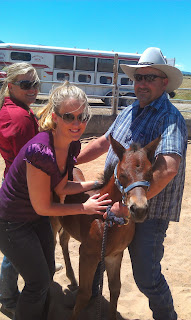 I brought Dan to one of the Family Seminars that is held every three months for the parents. The parents fly in from around the world to spend three days involved in a workshop learning environment. There are educational presentations by clinicians, therapeutic support groups run and hosted by alumni parents and therapists as well as equine family therapy. Parents are also able to spend much needed time with their sons over the weekend.
Dan was able to be introduced to the parents and he also sat in on a parent support group, observed equine therapy sessions and learned about Sand Tray Therapy. It was quite an emotional time and Dan mentioned,
“I wasn’t quite prepared to hear and observe the things I did.”
There were some parents who approached Dan and offered to share their very personal and painful journey. They mentioned how they felt very alone helping their sons deal with sexual concerns. Some parents mentioned they actually wished their sons had a drug or alcohol problem, because then they at least had community resources and support. People are generally understanding of those issues, but sexual issues are a whole different reality.
There were also some parents who approached Dan and shared their skepticism of his intentions and of the media in general. They shared the fact that these issues of pornography had brought pain and suffering to their sons as well as their families. They had lost time, money and memories by having their sons placed in a residential treatment center. They were angry and hurt that they had to go through this experience in the first place. They see the media as being one of the major culprits in their pain and suffering as a family and do not trust the media.
These parents make a good point. The media in general thrives on sex because “Sex sells”. When you view some of the so called “news” programs that are simply exposes’ and Tabloid Journalism produced simply for ratings, it’s difficult to disagree.
There is a saying in the news business that;
“Stories can be fair and stories can be accurate. Sometimes they are fair but not accurate. Sometimes they are accurate but not fair. Sometimes they are neither fair nor accurate.”
I have experienced the manipulation of words to exploit a story line first hand. You can read here and here some articles written where my quotes are made up and they are shared out of context. Pictures were pulled off the website and treated as though we had sent them. There is also language and labels used by the writer that I would never use. Then, once online, other outlets simply copy much of the content, change some words and again make up quotes. I was actually interviewed by one reporter and there were five different articles published online by organizations that never spoke to me, yet had quotes by me.

“Is it worth having the students read mocking comments posted about the program online?”


“Is it worth sharing the stories so a family who see’s it can know they are not alone and that there is help?”
“How do you share such emotional and sensitive topics without running the risk of mockery?”


I am interested in your thoughts! So, now we’re back to the title of this blog post;
“Is the media trustworthy?”

"Trust"
Firm reliance on the integrity, ability, or character of a person or thing.