My Experience With Autism


I was involved in a Peer Tutoring class at my Jr. High last year, and had the opportunity to work with several of the Special Needs students. It was in the afternoon right after lunch, and I was working with one of the students, Beth, on her math. While she was figuring out one of the problems, I glanced over at William, a little boy who was diagnosed with autism. He was working with the special education teacher. 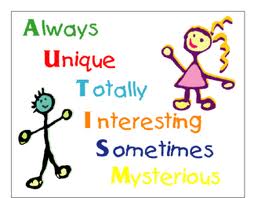 William has restricted movement/control over his fingers, so the teacher was helping him with some finger activities and exercises. Usually, his task is to pick up pennies, put them into a piggy bank, and then retrieve them again. On that day, however, the teacher gave him a more challenging task. She placed a can of soda on the table, and told him to try and open it. He had different tools like coins and Popsicle sticks to try and pull up the tab. William tried and tried, but he couldn’t get the can to open. He was able to move the tab a little bit, but the seal on the can was just too tight. I could see him starting to get frustrated, and so could the teacher. But before either of us could do anything, William squeezed the can as hard as he could.

The can exploded and covered the teacher and William in sticky root beer. Expecting this incident to set him off, she quickly tried to calm him down. William was rolling around on the floor, and all of the other kids were staring at him. It took me a minute to realize that he was actually laughing! Even though he was covered in root beer, he thought that that was the funniest thing in the world. The teacher was relieved that nothing serious was happening, but after a minute there was a sudden pause in his laughter.

“Oh no,” William said calmly, “I think I need to wash my hands.”

Then, the whole class started laughing, and I went to get William some paper towels to dry off with.


Autism is a complex developmental disorder. Its three main features are:
Early childhood is usually when Autism symptoms begin. Children with Autism have trouble speaking, forming relationships, and responding appropriately to their surroundings. Most children are not diagnosed with Autism until they are school aged, but the symptoms show up at 12-18 months. There is no standardized treatment for Autism, although research is ongoing. The treatment often depends on the symptoms of the child who was diagnosed. The most traditional treatment for Autism is speech therapy. However, there is also behavior management, and special education classes like the one I assisted in.

Here are some interesting facts about Autism:

Early diagnosis is most important for successful treatment and development.

I chose to post about Autism because my older sister works at an Autistic Preschool. I like hearing all of the cute and funny stories she tells me about the children she works with. I’ve even met a few of them myself, and they are the sweetest kids ever.