Why should "Bullies" get all of the attention?


Over the last few years or so I have noticed a surge in media coverage about bullying. My 8th grade daughter Amanda mentioned the other night at dinner how a boy in one of her classes called her the “B” word in a totally unprovoked interaction. The boy sat directly behind her in class and they had just returned from the library. 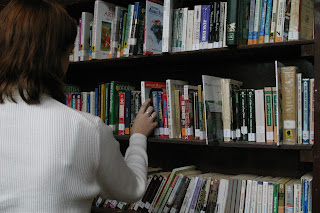 When I asked her why he would do that, she simply said;
“I don’t know…I think he has a rough time at home and I think he is adopted.”


Those certainly aren’t excuses for that kind of behavior nor does that particular life situation "cause" kids to be that way. However, Amanda realized he had some struggles in his life that most likely contributed to his behavior and she did not take it personal. While the comment probably took my daughter by surprise, she had the insight and confidence to weather that brief eighth grade social storm.
The dinner discussion reminded me of a childhood experience I had with bullying.


The conversation then moved on to her recent experience with the school choir teacher. Two weeks prior, Amanda made the announcement she was trying out for the school choir. There were a limited number of spots available, so the teacher decided she was going to have a try out.  The teacher told the class prior to the try out that the decisions would be final. She did not want those who did not make it to try and talk with her after the names were posted.


Amanda chose to sing the Star Spangled Banner, a relatively difficult song. She thought she did well and received some positive feedback from her teacher. About a week went by and the teacher finally posted the names of those who made it on the door. Excited with an adolescent anticipation, Amanda went to the class with some other students to see if her name was on the door. Disappointment hung heavy in the air. Amanda stood tall and tried to put on a good face in the midst of her friends. Amanda tried to make sense of the fact that her name was not on the list.

For almost a week, she stewed and fretted. She couldn’t understand how she didn’t make it. There were some students that did make it and she knew she was better than them. She also didn’t dare go talk with the teacher. My wife told her to ask the teacher what she could do to be better prepared next year, but Amanda refrained. Then one day between classes, Amanda saw her teacher at the outside door, which was locked. Amanda walked to the door and opened it for her teacher. As they walked, Amanda mustered the courage to casually ask what she could do next year to be better prepared. Her teacher just looked at her…and looked at her…and looked some more! Amanda was concerned she had said something wrong.


Her teacher then said, “What are you talking about Amanda, you made the choir!”


Amanda replied, “But, my name wasn’t on the list.”


Her teacher said, “Yes it is, I put it there myself.”


They then walked to the door and the teacher was horrified to see that Amanda’s name was not on the list. She apologized profusely and pulled out her notes. She told Amanda that she had mixed up Amanda with another girl with the same first name.


My daughter then paused in her excitement, and in a solemn tone said to her teacher,


“But, the other Amanda is very excited that she made it. I heard her talking to her friends in the hall. If it means that I will be taking her spot, then I can wait until next year.”


Her teacher reassured Amanda that she would make room for all of them in the choir and that Amanda would not be taking the other girls place.


Back at the dinner table, I mentioned to Amanda that I was glad she made the choir and that it all worked out. I mentioned that she had handled herself in a mature manner. I also let her know that I was most impressed with her kind, compassionate and empathetic attitude towards the other Amanda.


How often do we see this type of consideration now days? In my work with troubled teens, that kind of selfless consideration is almost non-existent. It tends to be rare in adults, let alone 8th grade girls! I hope as we navigate life’s experiences, we can take the time to recognize those around us who demonstrate kindness, compassion and empathetic behavior towards others. Let’s make sure the bullies don’t get all the attention!

judithwelltree said…
What a great story and how proud you must be of your remarkable Amanda! This story is so lovely especially because it not only reflects well on her, on her mother, on her teacher but also because 'right' prevailed!
March 14, 2012 at 1:43 AM

Lon Woodbury said…
Hi Stephen:
You not only should be proud of Amanda, but save some of that pride for the parent that taught her good values. :)

Stephen C. Schultz said…
Thanks Lon. I appreciate your kind words. For some reason, Amanda is one of those young people mature beyond her years.
February 24, 2013 at 11:40 PM