“Pop!” ...The sound of a cap gun going off was barely heard over the sound of the Frankie Lane album playing on the old record player in the corner. In addition to those two consistent sounds, a new sound was added. A hollow banging; the sound of somebody tumbling down the stairs.

This medley of strange sounds was coming from two young boys. Stephen and Scott, brothers, age ten and six, were playing one of their favorite games. 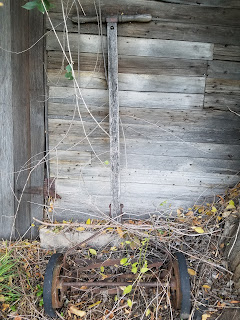 The game was called “Stunt Man” and was a regular after – school activity for the two troublemakers.

“Stunt Man” was a game designed with a cleverness that took a unique kind of genius to appreciate. Many would say the game was reckless, stupid or just a big waste of time, but to Scott and Steve, the game they had invented was first on their unspoken list of childhood pleasures.

The game “Stunt Man” was played on the stairs and worked best if the staircase was narrow. The object of the game: to see which boy could fall the most realistically upon being shot with the pearl-handled cap gun. One boy would stand at the bottom of the staircase with the gun and shoot it at the other boy, who was positioned at the top of the staircase. The boy at the top, after hearing the “pop” of the cap-gun, would fall as convincingly as possible down the stairs, banging against the surrounding walls and somersaulting several times.

The song “Bullet in My Shoulder” by Frankie Lane playing in the background made the imaginary scene come alive to the two young participants. The lyrics, “Bullet in my shoulder…blood, running down my vest…” rang in each boy’s head as he waited for his turn to tumble down the stairs.

You can read more about this experience directly from one of the participants...although, he is a bit older now. I hope you enjoy this childhood adventure entitled "Stairway to Heaven".