What's the best way to deal with "Failure To Launch"?


There is a record number of people living in multi-generational household's with parents and grandparents. The poor economy and weak job market is a reality. Most families in the United States and many from around the world recognize the economy is a problem that needs rectified. Regardless of political persuasion, there is an impact felt by those who are retired, or about to retire. These “Baby Boomers” in the U.S. as well as families around the world are faced with adult children who never leave “the nest”. Even when their children go off to University, they are often financially and socially encumbered by young adults who spread their wings in the search for independence after graduation, only to return home discouraged. 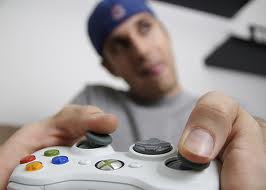 The Pew Research Center found in a recent study, that 58 million Americans live in multi-generational homes. adult children between the ages of 25 to 34 living with their parents doubled between 1980 and 2012. We also know that 59% of American parents provide financial support to their adult children according to a May 2011 study done by Harris Interactive, commissioned by the National Endowment for Financial Education and Forbes.com.

The vast majority of families will endure this hardship in stride. It may be uncomfortable, but most parents and young adults will manage. However, there are some young adults who find it difficult to “enter adulthood” because of a long history of emotional concerns such as depression, anxiety, social phobias, substance use or technology addiction. Many find themselves comfortable living in the safe environment of home. Other young adults may go off to college and get discouraged, party too much, fail in their academics and simply drop out. Then there are the students who graduate college, but find it difficult to gain employment. They get frustrated and regress into partying and gaming.

No matter the reason, Failure To Launch is a reality that some families struggle to cope with. If determination, courage, insight, self-awareness and respect are needed, then Medicine Wheel at RedCliff Ascent may be the answer. Check it out!