I look forward to the past - A historical journey


"Those who cannot remember the past are condemned to repeat it."
George Santayana (1863–1952), U.S. philosopher, poet

The breeze blew briskly against my face as the tree limbs swirled in the ever changing currents of air. There was a group of us walking down the street in Philadelphia which consisted of Kena, Andrea, Erin, Chad, Matt, Shawn and myself. We were headed to Independence Hall in the City of Brotherly Love. 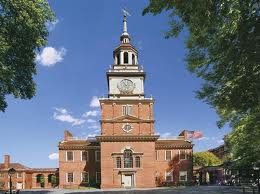 The streets were full with the hustle and bustle of the inner city. There were elderly women arm in arm, with bags in their hands, window shopping as they walked down the street. A young man with gold teeth, baggy pants and his baseball cap on sideways leaned against the corner of a building talking on a pay phone. (I noticed this because everyone has a cell phone these days. This actually looked odd.) Others were sitting at little round tables on the sidewalk outside small café’s and bistro’s laughing and discussing life’s experiences with friends and family. 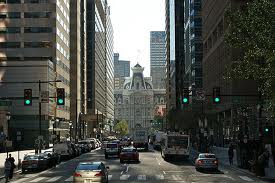 The constant sound of car and truck engines, exhaust billowing and horns honking, was all around us. The smell of food from the restaurants, cigarette smoke and urine from the subway hung heavy in the air. On the corner a man, in his mid thirties, was playing jazz on his guitar for tips. Half a block down the street there was a group of three men. They were all dressed in black leather with silver spikes. These three were postured in a threatening manner. The man in the middle was on a small platform speaking to passersby through a microphone. He was extolling the hardship and injustice brought to African Americans by the white man. There was no crowd, there was no fear. People simply continued on with their business as usual.

We were in town for the Semi Annual IECA conference. This is a time when therapeutic schools and programs get together with Educational Consultants from across the country. Most of our effort and energy is spent renewing friendships and being updated on the latest trends in the treatment of troubled teens. 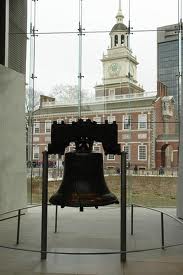 As I passed by the Liberty Bell and headed to Independence Hall, I was lost in thought about our founding fathers. I wondered if this was the America George Washington, James Madison or Benjamin Franklin envisioned. I wondered if there were troubled teens in the late seventeen hundreds. Did teens suffer with depression, anxiety, substance abuse and ADHD back then? Was it simply un-diagnosable at that time? Or… are these issues, the ones that so many teens struggle with today, the result of a more modern culture? I don’t know.

It does seem however, that the principles adhered to and practiced in the forming of a new nation are also the same principles needed to navigate life’s obstacles in modern times. Determination, courage, faithfulness, self-discipline, unity, excellence, humility, idealism, loyalty, patience, confidence, justice and sacrifice are but a few of the character traits enlisted by the founding fathers. It seems those traits are ageless.

While this great nation does provide us the freedom to “Pursue Happiness”, it does not guarantee happiness. Nor does it provide freedom from life’s struggles. Maybe, just maybe…it is seeing where we have been and learning from the past that provides perspective for us as we navigate the future in our never-ending pursuit of happiness.